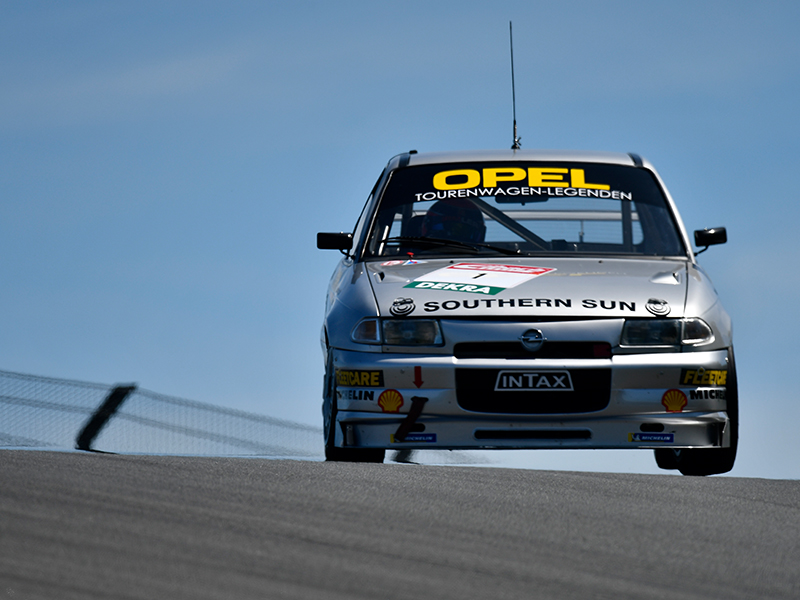 England fan Steffan Irmler is moving back to the British Isles after a forced break of almost three years: the Opel specialist will start in Knockhill, Scotland, on May 8, 2022. At the David Leslie Trophy, he throws himself into the middle of the fray of historic super touring car racing. Even if he has not yet driven on the 2.092-kilometre circuit himself, his prognosis is clear: “It will be tight, I’ll be honest about that!” His four-door Astra last shone in October 2021 on another, extremely compact race track, the 2.3 kilometers long – or short – Norisring.

Proven vehicle: Opel Astra MSD-TA-008 is ready for its first appearance in England since 2018

In memoriam: The David Leslie Trophy commemorates the local racing driver who died in an accident in March 2008

More than two and a half years have passed since Steffan Irmler last reported on one of his motorsport excursions to the British Isles. In 2019 he took part in the Dunlop Saloon Car Cup with the Irmscher-Opel Vectra Supertouring that had been used in Germany two decades earlier. The pandemic put all further plans on hold for the time being. The England lover was unable to compete on the fresh island for two and a half years. His stock of contemporary two-liter racing touring cars continued to grow through the purchase of the “Stella Artois” Opel Vectra Supertouring from 1996. But the radius of action was initially limited to domestic racetracks. In 2021, the Opel specialist focused on the DTM Classic. To do this, he reactivated the four-door Opel Astra MSD-TA-008 that he last drove in Silverstone, England, in 2018. The 1994 super tourer was originally built for the South African national championship. Mike Briggs and John Cleland were the drivers back then.

The 2021 motorsport season concluded “Astrid”, as the Irmler-Astra was called, in October at the Norisring. Former Opel works driver Ronny Melkus steered the approximately 280 hp front-wheel drive car to seventh place overall on the Nuremberg street circuit. Six months later, Steffan Irmler, vehicle manager Frank Schwettmann and a team made up of many long-standing friends are preparing the front-wheel drive vehicle for its return to England. “Such a super tourer requires a certain amount of know-how in the technical preparation,” reports Steffan Irmler, “but it’s also great fun – especially on the island, because our friends have the whole cult of the two-liter racing touring cars of the nineties a lot bigger and livelier than at home!” At the David Leslie Trophy in Knockhill, Scotland, not only the racing driver who died in a plane crash in 2008 is commemorated. Many of his colleagues from that time once again grab the steering wheels of original vehicles from the Supertouring era: an impressive scenario, to which the many enthusiasts of the historical scene naturally also contribute.

This and the incentive to finally start a race in Knockhill encouraged Steffan Irmler to take part on May 8th – for the down-to-earth Lower Saxony from Drebber a season start far from home. He will first have to familiarize himself with the roller coaster 16 kilometers north of Dunfermline in Scotland, but he knows his “Astrid” down to the last detail. This also applies to the local racing legend John Cleland (69). In 1994, the two-time British touring car champion sat in exactly the Opel Astra MSD-TA-008 that Irmler owns today. Since Cleland, like his late compatriot David Leslie, is Scottish and Knockhill is considered a home game for him, this time he can also be expected to take part in the David Leslie Trophy. It’s quite possible that he’ll see him again in his former police car from South Africa – and that he’ll try his seat in the paddock. Who knows what will come of it, because the idea of ​​the Supertourer Reunion, brought to life by Steffan Irmler in 2019, is still active. Either way, the second weekend in May 2022 will be a particularly noteworthy one – we will continue to report for you.