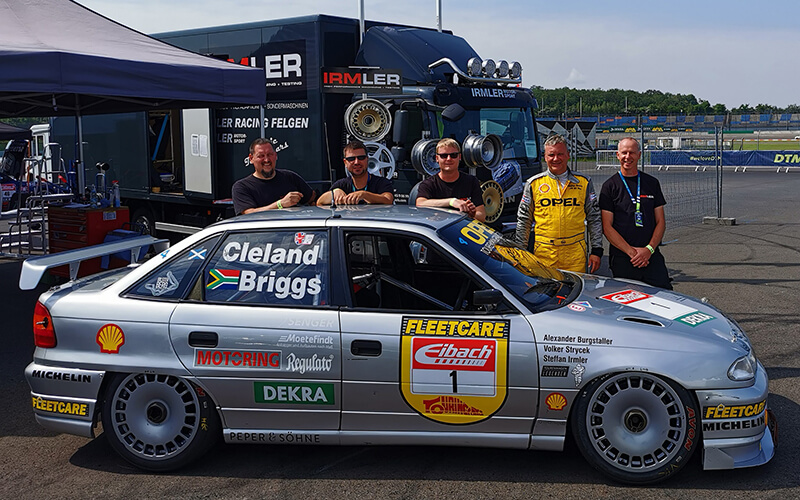 Steffan Irmler and his technicians, friends and helpers who travel to the races know that motorsport at a professional level is always a team performance. When the Lower Saxony from Mariendrebber in the district of the former racing town of Diepholz approached the Dunlop Saloon Car Cup with an Opel Vectra Supertouring two years ago, they took away a paddock saying that was not entirely serious as a souvenir from the British island: “Only here for the beer “. A verbatim translation of the bon mot can probably be dispensed with. And yet: on the 4.601 kilometer long Lausitzring, the motto would have been absolutely correct, at least after the first race of the DTM Classic / Touring Car Legends over 30 minutes. Despite being disqualified, the Opel-enthusiastic squad stayed on site for 24 hours in order to be able to take part in the second run. The reward for the effort: a strong fifth place in the overall standings.

This is how qualifying went: Although the top ten was just missed, it was found for more than a second – and the two-minute barrier was overcome 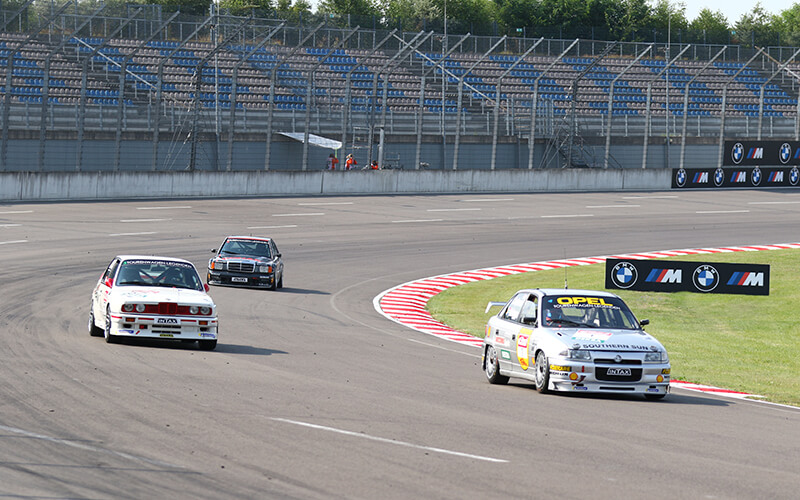 From the start, Steffan Irmler was aware that it would not be easy for the Opel Astra built for the 1994 South African super touring car championship at the Lausitzring. Due to the high proportion of full throttle, the two-liter, 285 hp four-cylinder engine was the smallest in the entire field, which included 21 touring car legends. The greatest chance of success lay in the proper preparation for the start of the DTM Classic season and in the most precise coordination possible on site. As with the tests in Papenburg and at BILSTER BERG, the team brought the mobile “Setting One” set-up system to the racetrack. The fine-tuning paid off: the compact four-door car with starting number 1 already stayed below the two-minute sound limit in free practice in order to improve by more than a second in the final qualifying. With eleventh place on the grid, Steffan Irmler narrowly missed the goal he had set himself, a placement among the top ten.

This is how the first race went: Starting position drama and disqualification 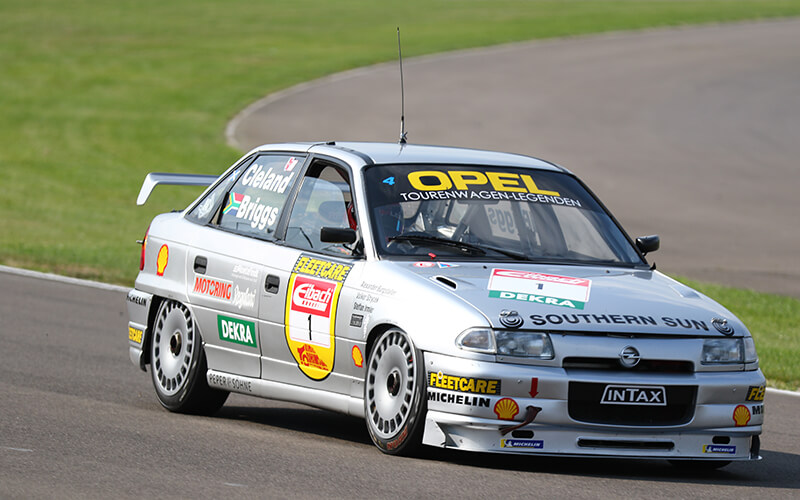 Actually, the goal for the first race on Saturday afternoon was to overtake at least one participant and move up into the top ten of the overall standings. But when the field started the formation lap, the Opel Astra stopped in its starting position. Steffan Irmler later looked back at the dramatic moments: “Apparently there was no current flowing between the main switch and the relay box, although we had measured everything again beforehand. With presence of mind, Frank Schwettmann, who was the last to stand still on the starting place, hit the fuse box with the flat of his hand – and suddenly our Astrid was running again ”. Irmler followed the field and moved up to sixth place. But in the meantime the stewards had made a note of the incident. Because there was still a team member on the starting position a minute before the start of the start procedure, the result was disqualification, which Steffan Irmler also accepted. He commented: “Then we have a second chance tomorrow, calmly check all the systems again and try it a second time!”

This is how the second race went: Not only here for the beer – after the zero lap to the dream result 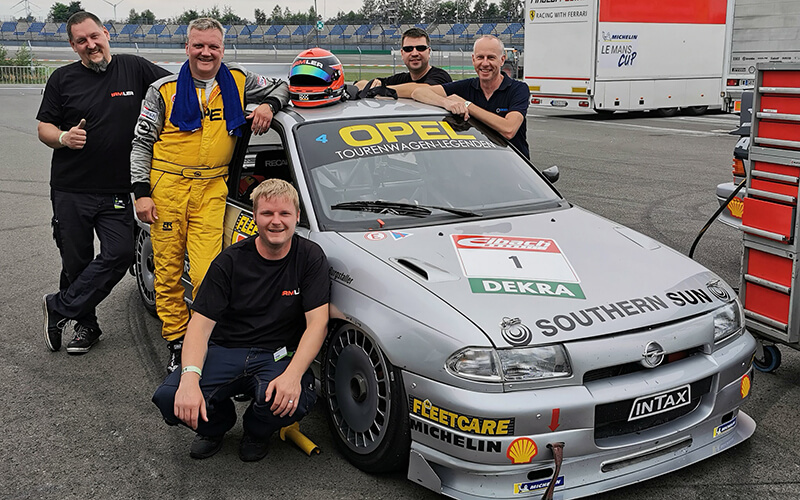 Rolling up the field from behind – after being disqualified in the first run, Steffan Irmler remained true to this role in the second run. This time everything went well at the start, and thanks to its efficiency, the silver-gray Opel Astra was quickly on the way forward. The journey ended in the unexpected fifth place overall behind the three AMG-Mercedes-Benz-C-Classes and the fastest BMW M3 that remained in the race. “So we still achieved our goal for this long, very varied weekend at the Lausitzring”, said the happy man from Lower Saxony. “And we can now call out to our English comrades, who have followed our appearance in the live stream broadcast:” We’re not only here for the beer! ” Grand Prix at the Nürburgring – but the event has meanwhile been canceled due to the dramatic events in the Eifel.