One of our current restoration projects: Vauxhall Cavalier no. 020 from the 1993 British Touring Car Championship 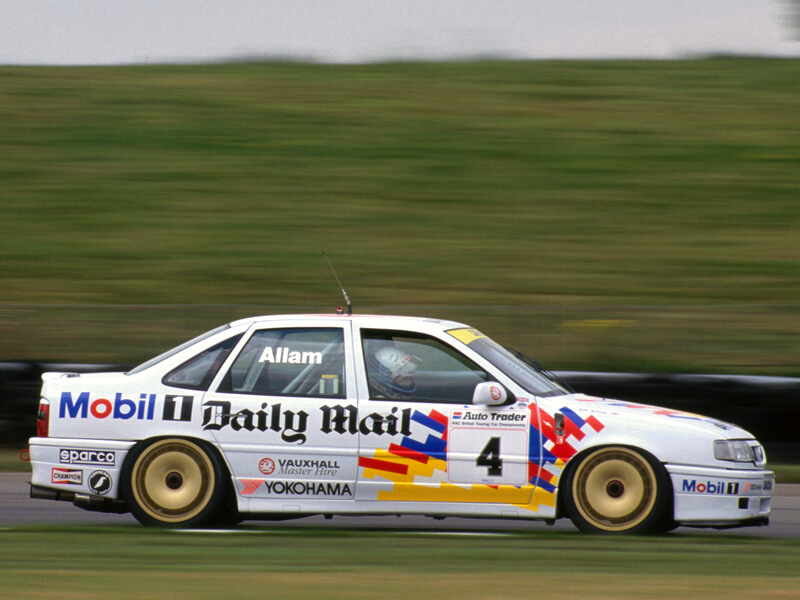 We have big plans! Another gem found its way into our workshop a long time ago. We are pleased to present a new Irmler Racing restoration project: We are currently restoring a Vauxhall Cavalier from Jeff Allam’s 1993 BTCC (British Touring Car Championship).

Originally built as an official Vauxhall factory assignment for the BTCC, the Vauxhall Cavalier has come a long way 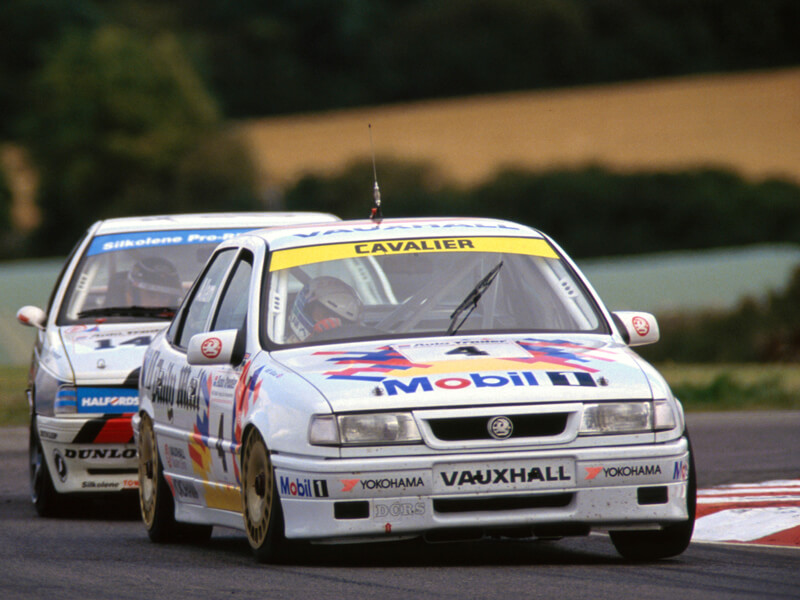 The Vauxhall Cavalier was originally built as an official Vauxhall factory assignment for the BTCC – the British Touring Car Championship. The Cavalier (Vectra 2000), built by DCRS (Dave Cook Racing Service), was piloted by Jeff Allam, along with John Cleland, as the second works driver.

After 1993, the Cav, as the Opel and Vauxhall fans call it affectionately, drove many different races, was then taken over by Ray Mallock (RML Ltd) and used for test purposes.

In March 1994 the Vauxhall Cavalier with Chris Goodwin was used in the Total Cup (private rating of the BTCC). Chris Goodwin – who was very committed and successful at several events – could not continue to finance the racing operations and therefore had to end the operation at short notice. 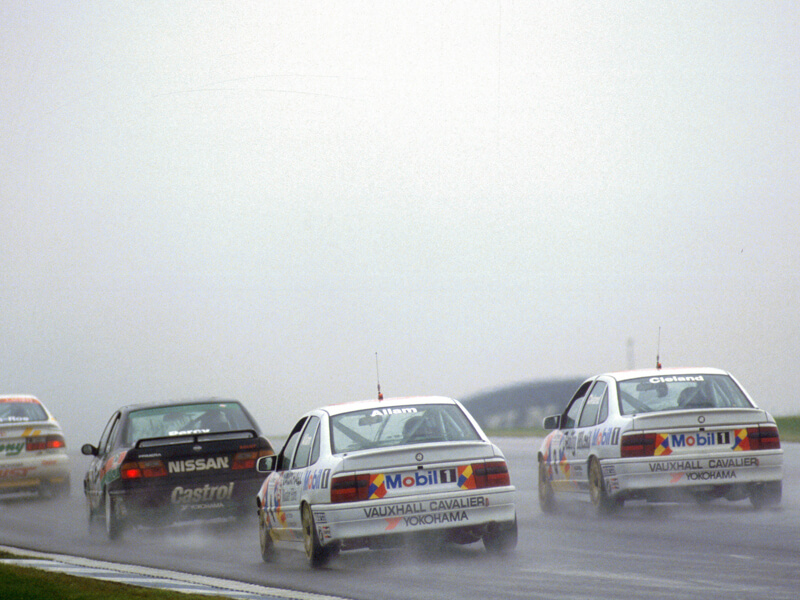 Julian Westwood drove the car to Donington Park Shoot Out. Unfortunately, there were no further races as a result – only test drives.

For the 1995 season, the Vauxhall Cavalier was completely stripped and rebuilt with new modifications. The chassis, the rear axle and the cage were modified a few times – of course according to the state of the art. The owner at that time could not continue the revision and use due to financial problems.

So it went on for the touring car again and it was sold to Scandinavia. In the far north, the car was used in various touring car series and was then partially dismantled. The engine was sold to Finland.

Arrived in our workshop after a long journey – ready for a professional restoration! 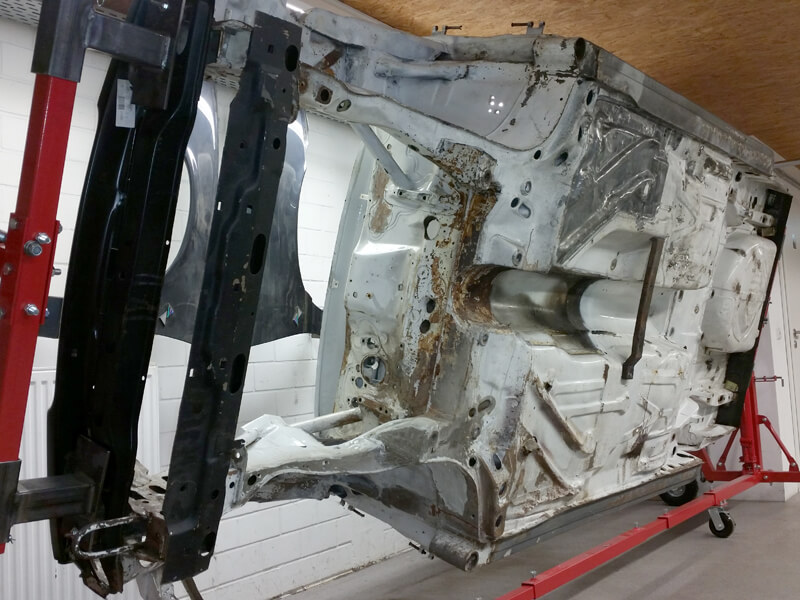 We were able to buy the engine sold to Finland and have it brought to Germany. Since the gearbox could no longer be found, we found an adequate replacement: a 6-speed sequentially shifted Xtrac 206 gearbox, which was used in the super touring cars at the time.

In 2014 we brought the Vauxhall Cavalier from Sweden to Germany through the former DTM driver Per Gunnar (Peggen) Andersson. 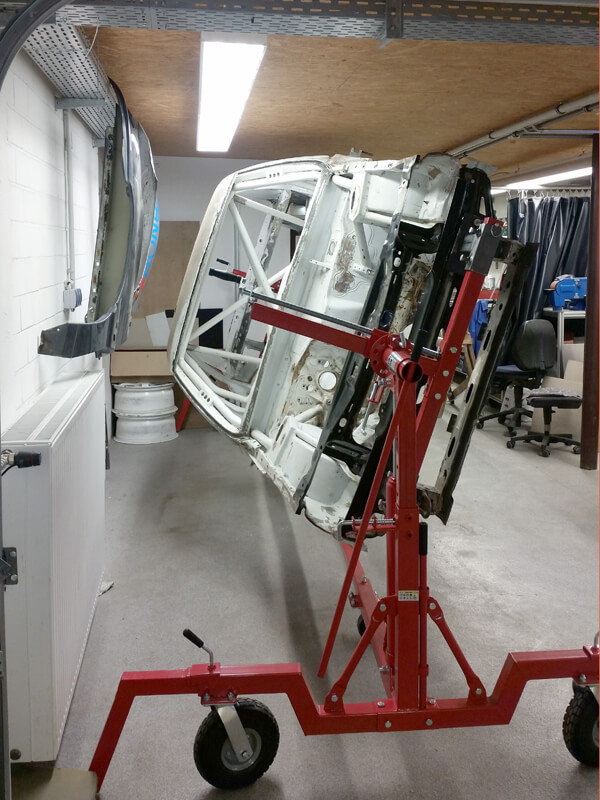 The vehicle was in a desolate condition at the time. All the more we look forward to getting it back to its original condition – just as it was built in 1993 by Dave Cook Racing Service for Jeff Allam.

There is an intensive path ahead with many hours of work and the reproduction of various vehicle parts. Exactly these challenges offer us the incentive for such a complex restoration!

Follow our new project here in the blog, where we will keep you regularly informed about our work steps. 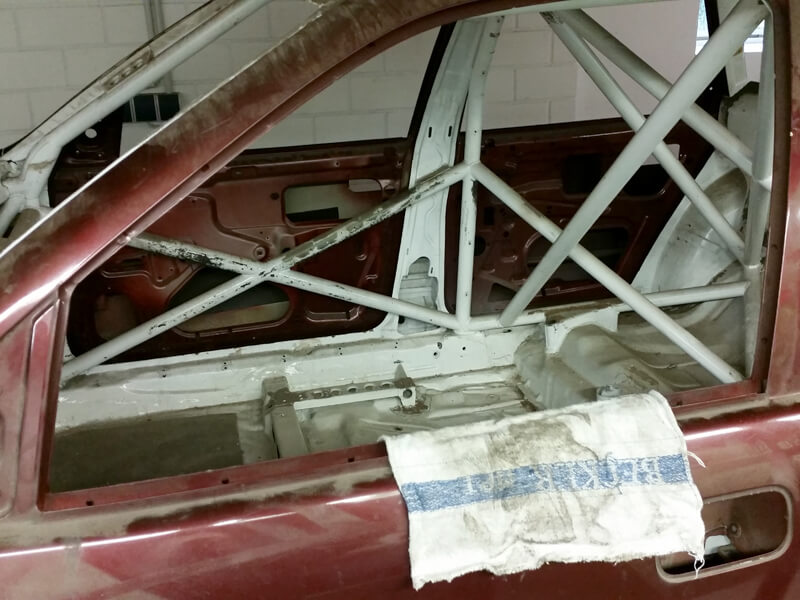 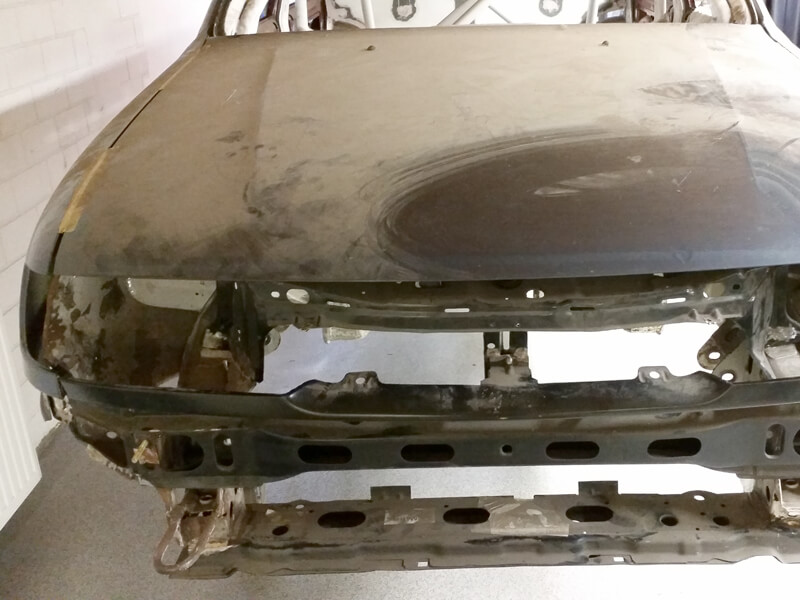 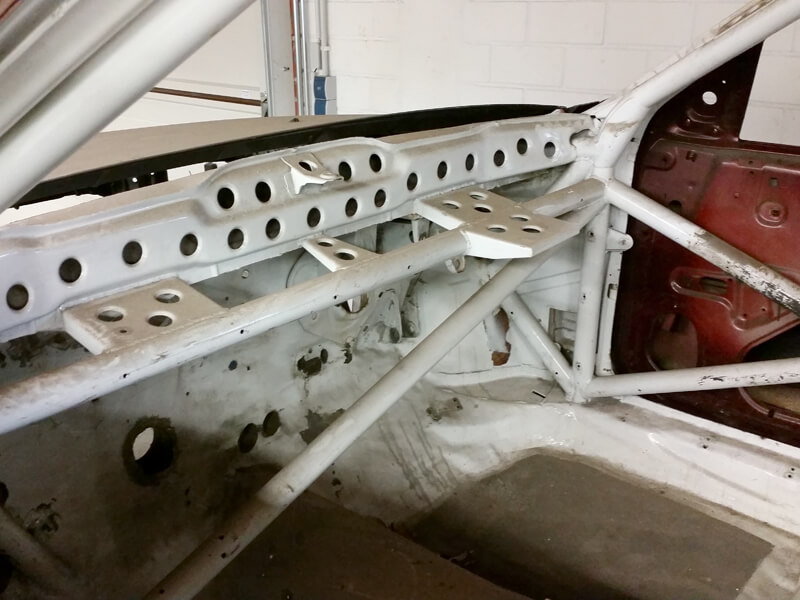 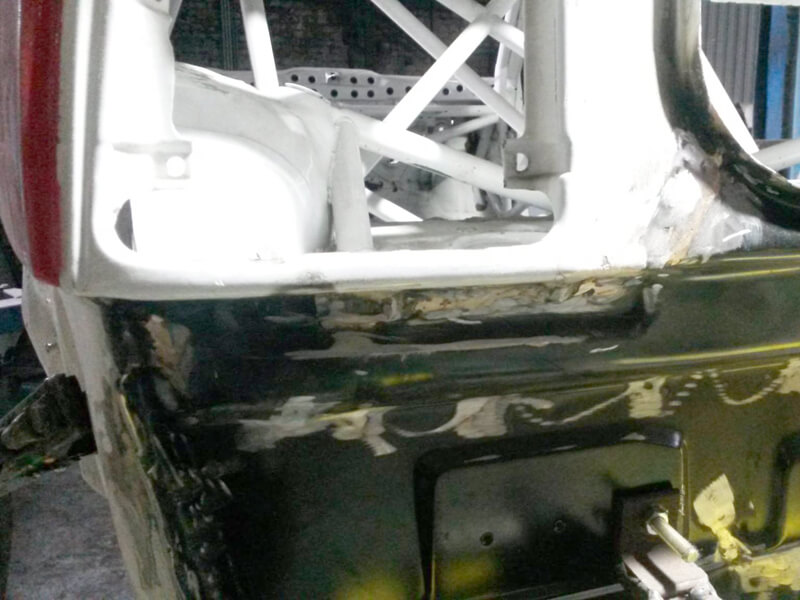 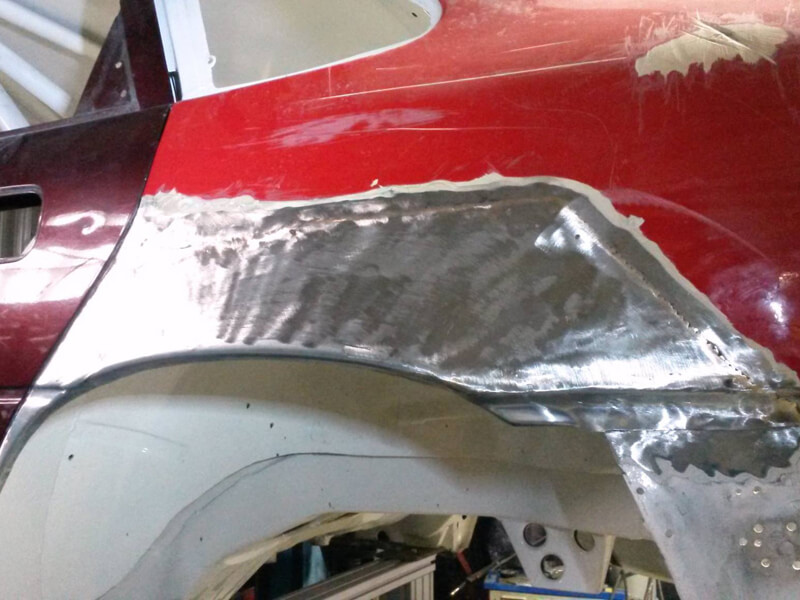 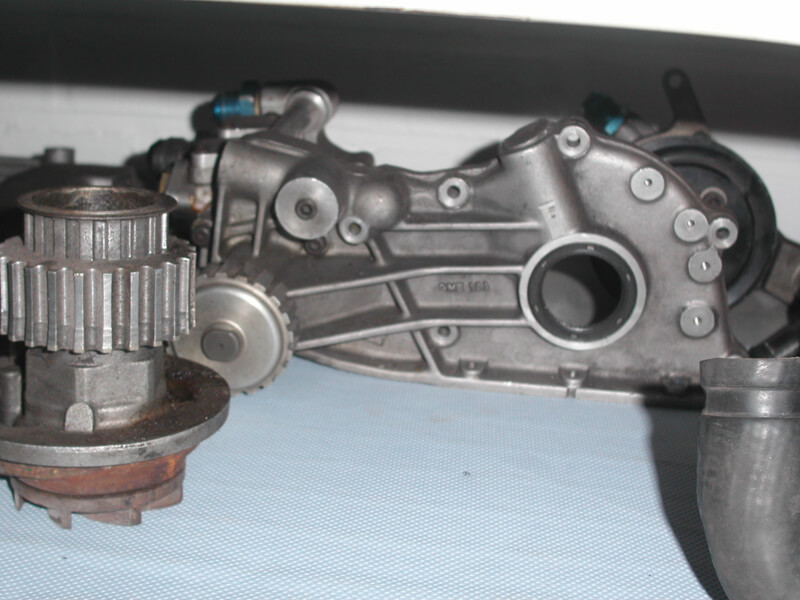 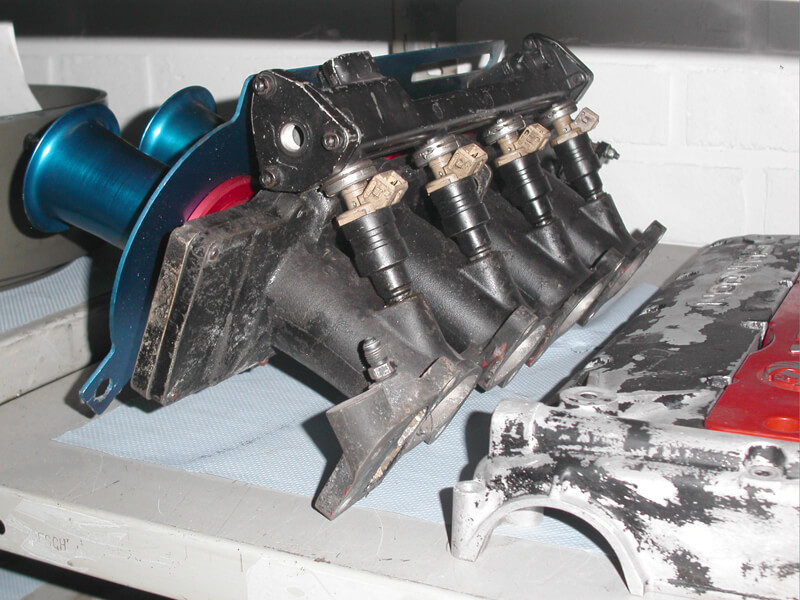 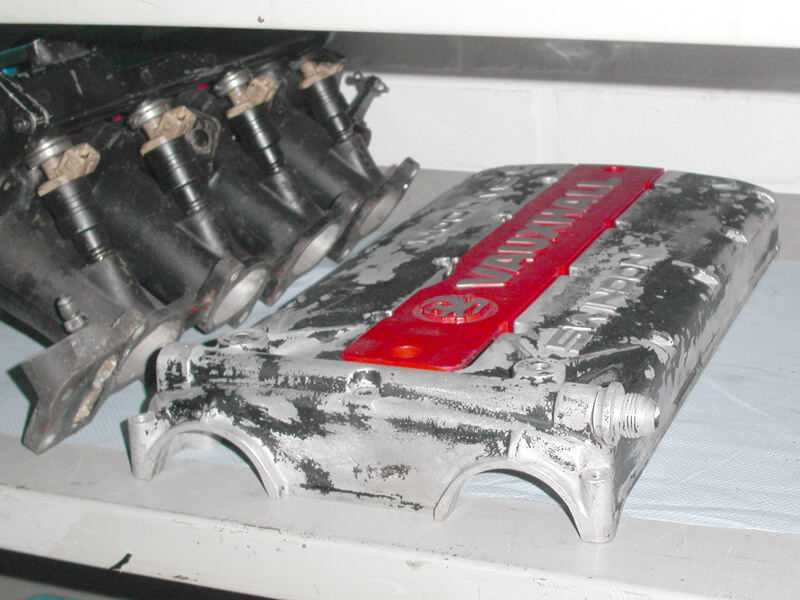 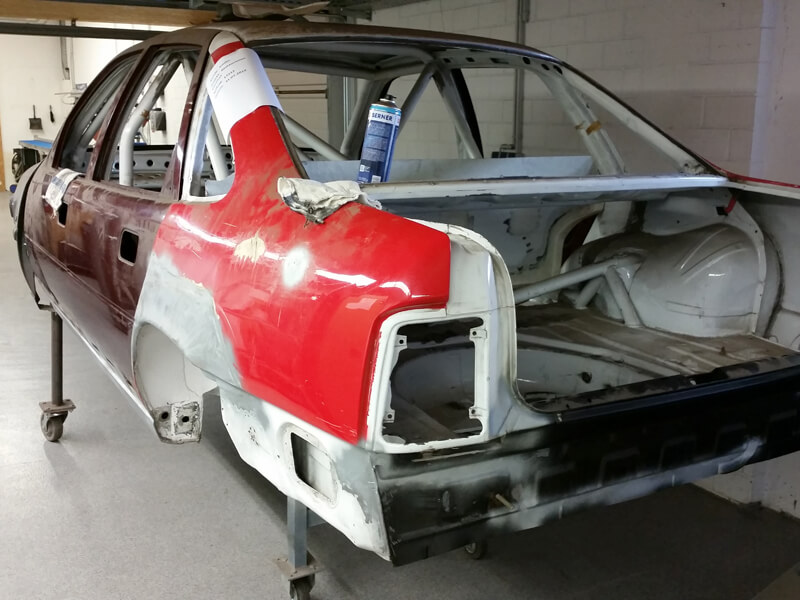 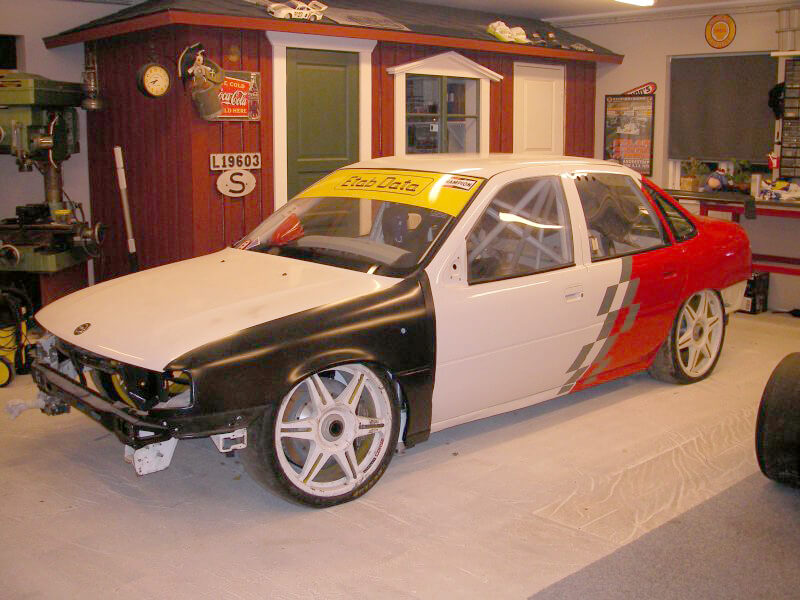