#SuperTourerReunion by Irmler Racing: the comeback of the Opel Vectra Supertouring

#SuperTourerReunion by Irmler Racing: the comeback of the Opel Vectra Supertouring in the sponsor look of Stella Artois 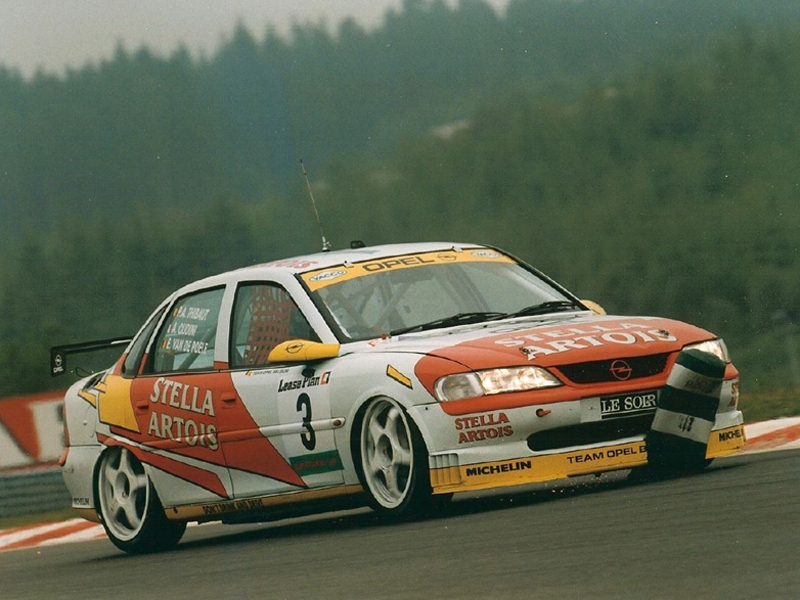 Splendid newcomer to the #SuperTourerReunion by Irmler Racing: after more than two decades of downtime, the legendary Opel Vectra Supertouring, which led the 59-car field in the opening lap at the 1996 Spa-Francorchamps race, returns to the racing scene. But not only that: With Pierre-Alain Thibaut, at least one of the three original drivers at the time will reach into the steering wheel spokes. At the AvD Oldtimer Grand Prix in August on the Nürburgring, fans of the two-liter super touring car era will be offered this highlight. The racing driver, entrepreneur and Opel enthusiast Steffan Irmler from Drebber in the district of Diepholz makes it possible once again. Carsten Krome reports. 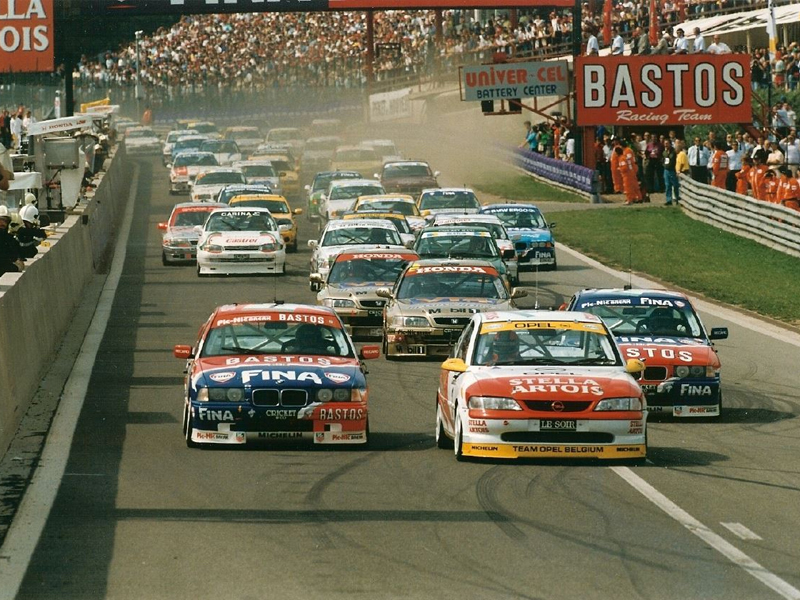 July 27, 1996: Eric van de Poele creates a sensation at the Spa-Francorchamps 24-hour race in the Belgian Ardennes. Coming from third place on the grid, the local breaks into the phalanx of the two fastest BMW 320i with training and leads the 59-car field into the prestigious first lap. The appearance of the German Touring Car Champion in 1987 on BMW M3 is extremely remarkable, because van de Poele has had the Belgian importer team commit to a factory-supported Opel for the second time. The Frenchman Dany Snobeck builds a new vehicle only for this one mission in 1996 and brings with Alain Cudini his compatriot and long-time partner as a driver. The list of secret favorites is completed by another Belgian, Pierre-Alain Thibaut, who, in addition to intensive local knowledge, also has some experience with the front-wheel drive four-door vehicle from Opel. With the predecessor of the Vectra Supertouring first series, he and Jean-Francois Hemroulle and Eric van de Poele finished seventh at the Spa-Francorchamps 24 Hours in 1995. The trio of the three local experts fails in the course of the long-distance classic with engine damage. Even then, the world beer brand Stella Artois from Leuven in Flanders supported the Opel Vectra as a general sponsor. 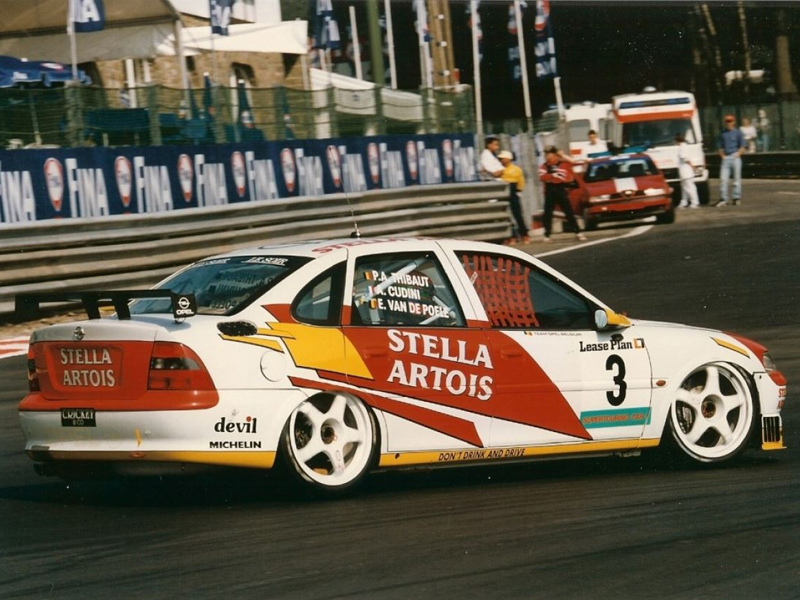 This is also the case twelve months later when van de Poele / Vudini / Thibaut reaches for the stars at the 24 Hours of Spa-Francorchamps. But after a brilliant start, the newly formed driver trio, despite the new car with no running hours, has no Fortune described. A blown cylinder head gasket destroys all hopes, the victory once again falls on the Bigazzi BMW 320i, which is also factory-supported. Jörg Müller / Alexander Burgstaller / Thierry Tassin finally prevail against their team-mates Peter Kox / Steve Soper / Marc Duez. After a trip to the French Supertourisme championship, things get quiet around the Snobeck-Vectra. After more than two decades of downtime, the Lower Saxony Opel enthusiast Steffan Irmler (50), who is already using a collection of different Opel from the era of two-liter super touring cars in racing, discovered and reactivated him. He will also reactivate the now 24-year-old Vectra in the design of the Belgian brew. Entrepreneurs and racing drivers have created the #SuperTourerReunion, which will experience its season highlight at the AvD Oldtimer Grand Prix in August 2020 at the Nürburgring. International world-class pilots and contemporary witnesses will take part – including Pierre-Alain Thibaut. The director of the Spa-Francorchamps racetrack from 2008 to 2015 is now active again in historic racetrack racing, including the mighty Porsche 917. 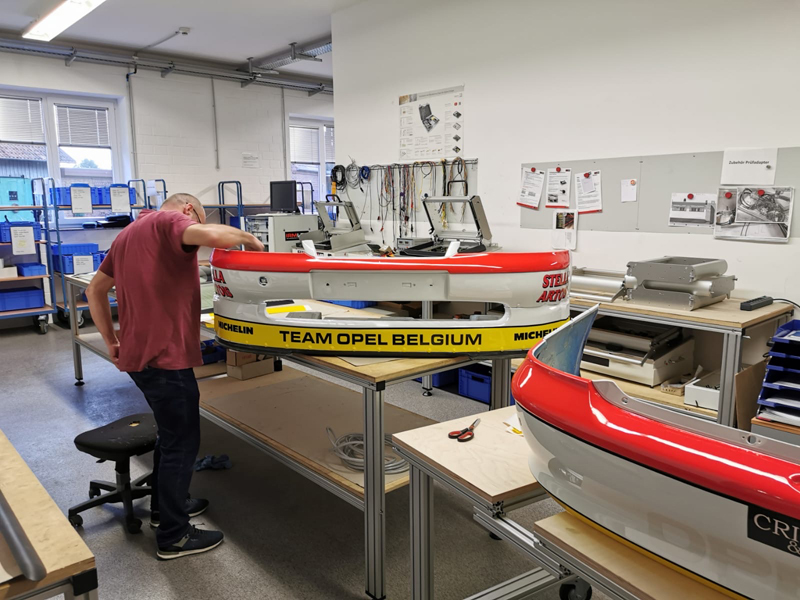 At the #SuperTourerReunion at the Nürburgring, Pierre-Alain Thibaut will meet John Cleland, Volker Strycek, Mike Briggs and possibly Joachim Winkelhock. Steffan Irmler is looking forward to the class reunion. “We are currently reassembling the Vectra after a thorough review,” he reports. “The livery at that time in the sponsor look of Stella Artois is being restored to the original, the body has already been repainted”. And he adds: “Everyone in the team is looking forward to the new challenge after our successful performance in the DUNLOP Saloon Car Cup 2019 in England. We have positioned ourselves well and not only bought up residual stocks of essential trades from the world market. We also have all the construction drawings and other important documents. Slowly, a performance center for Opel vehicles of this special category is emerging at our location in Drebber. 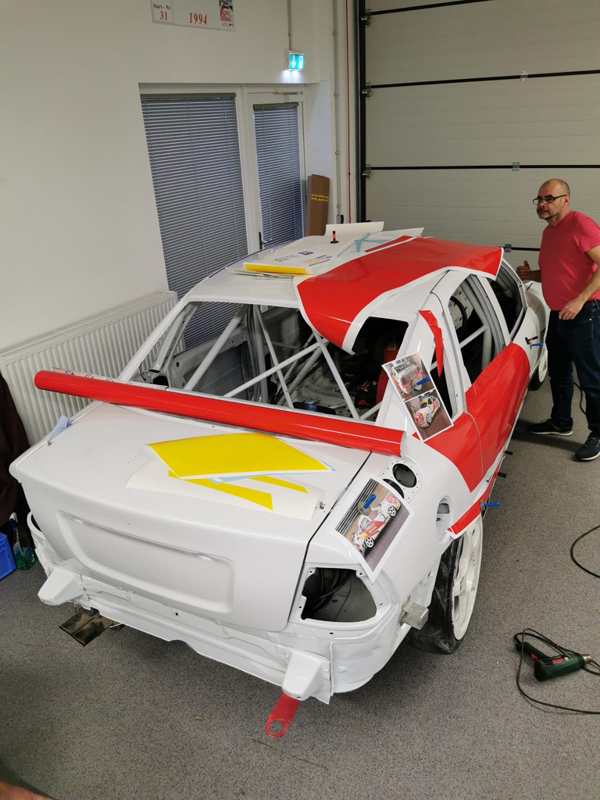 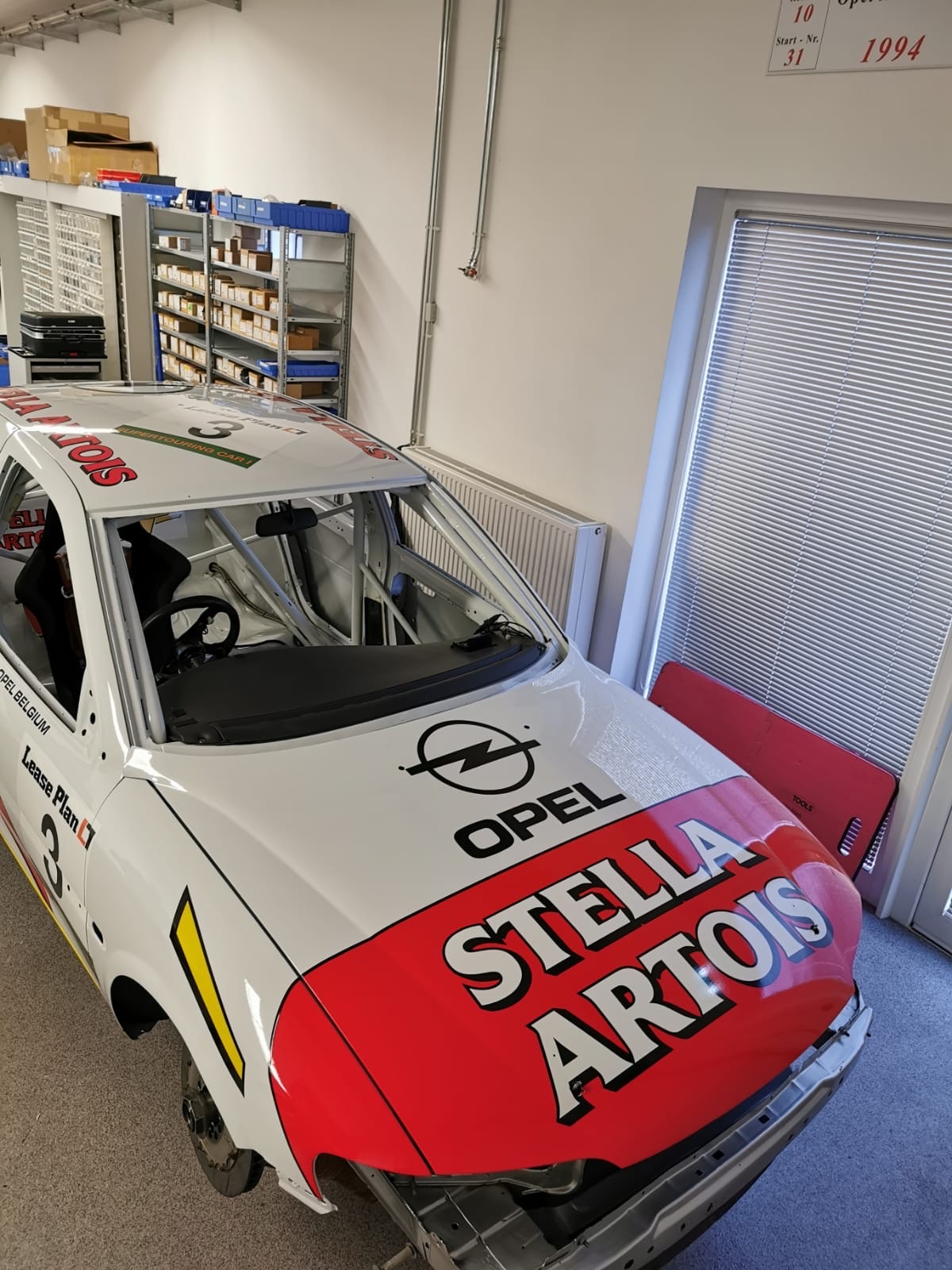