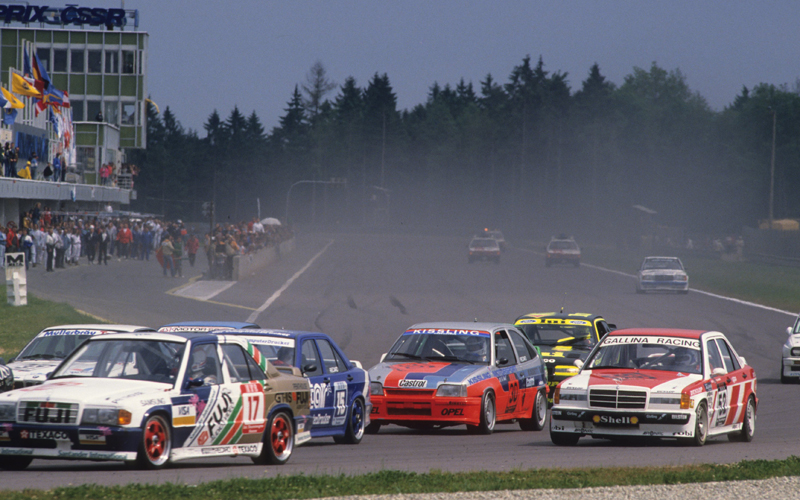 Two liters of displacement, 270 hp, 800 kilograms, front-wheel drive: the Opel Kadett GSi 16V DTM Group A combines modesty and efficiency. In 1988 the racer from Rüsselsheim celebrated its debut under the direction of the Opel tuner Helmut Kissling. Since the four-valve engine only debuted in series production in the summer of 1988, the Kadett initially only started by to a special permit. Nevertheless, Heinz-Friedrich Peil from Oberhausen drove himself into the hearts of the fans. “Bimbo” had six placements. From the DTM weekend on the Salzburgring, the soloist received support from rally specialist Josef “Sepp” Haider. From then on, the Austrian sat in a second car, and in the 1989 DTM season there were already three Kadett. Opel enthusiast, tuner and racing driver Steffan Irmler from Drebber have always been fascinated by these historical connections. Now he wants to revive the past and brings his own Opel Kadett GSi 16V DTM Group A to the start – an authentic replica with original factory parts. 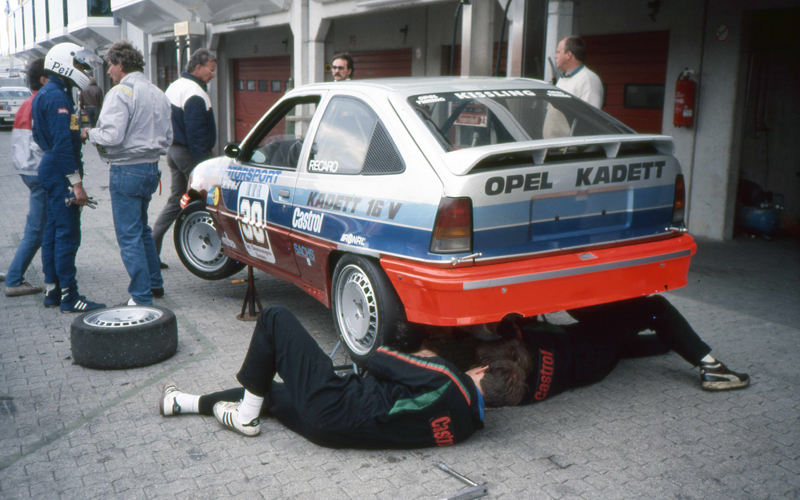 “This project has been firmly anchored in the minds of our racing team for many years,” says Steffan Irmler, looking forward to the upcoming work. “My motorsport team and I have had the project of building an Opel Kadett GSi 16V DTM Group A in mind for a long time. And since we have the most important original components in our stock, we are finally starting to rebuild.” The backbone of the retro racer: an accident-free road vehicle from 1989. “We have already completely dismantled it and prepared it for chemical stripping in an immersion bath process,” reports Steffan Irmler, who himself was a motor sport driver from Rüsselsheim three decades ago front-wheel drive Opel operation. “But with the previous model, the Opel Kadett D.” At that time I also got in touch with tuner Helmut Kissling from Oberhausen, who initially put Heinz-Friedrich Peil on the DTM in 1988. The following year, Volker Strycek, the first title winner of the German Production Car Championship, took his place. “A characteristic of the first year of racing in the touring car league was the eye-catching exterior paintwork with surfaces in the fluorescent color red,” reports Steffan Irmler. “We want to reproduce the paintwork, including the lettering, as true to the original as possible. And the technical equipment should also be the same as it was almost 33 years ago.” 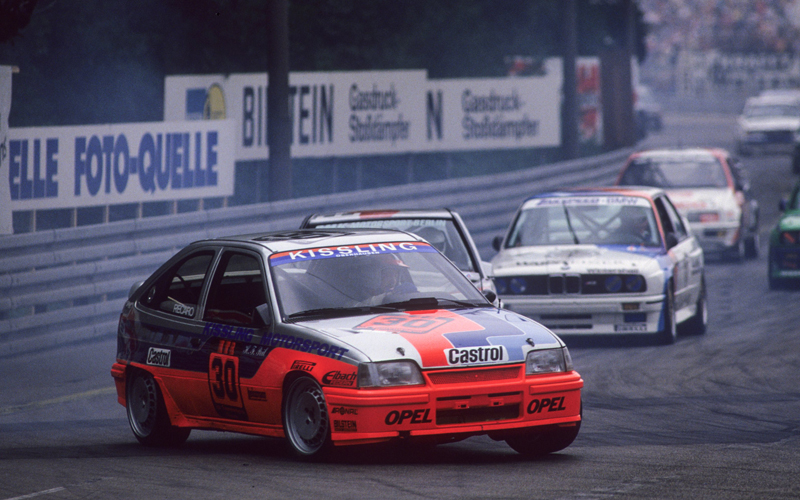 The roll cage, manufactured by Frank Herrmann in Notzingen, Baden-Württemberg, corresponds to the homologation valid at the time. In contrast to today’s racing touring cars, the cockpit is less crowded. This also applies to the construction of the 17-inch wheels, which Steffan Irmler manufactures himself in his specialist company for machining technology. “We forego central locks,” reveals Irmler with a sidelong glance at a design drawing of the multi-part rim, “because our model was also dismantled to the four-hole connection in 1988. We were oriented by that.” The same applies to the elaborate axle construction that the English racing car manufacturer Pilbeam Racing Designs produced. Instead of the twist beam axle, an independent suspension was used. “We have had the Pilbeam axle parts in stock for years,” says Irmler, “and we can also make a straight-toothed racing gearbox with five or even six forward gears ready to drive. In addition, some essential components of the four-cylinder four-valve engine with a maximum of 267 hp are available. ” In the super touring car category, or STW for short, a similar basic principle was applied until 1999. From the Opel Astra notchback to various Vectra STWs and BTCCs, the Irmler team has acquired extensive know-how, most recently when reactivating a Belgian four-door model in the sponsor look of the Stella Artois beer brand.

“This Opel Vectra will not be honored in the coming year,” says Steffan Irmler, looking to the future. “Instead, we want to do down-to-earth racing with a 275 km / h, near-series racing touring car – just like in our early years in the Veedol endurance cup Nürburgring.” The motto is: Back to the roots! As team partners, Steffan Irmler and Volker Strycek will again grab the wheel – and certainly one or the other time Stefan Kissling, Karl Mauer and Heinz-Friedrich “Bimbo” Peil. Let’s see who of the three refreshes the DMSB driver license for use …

Everything about technical highlights, technical specifications and the 1988 DTM statistics can be found here!