#MagicFour, such a lucky number: Steffan Irmler takes on the Gold Cup at Oulton Park, final station of this season’s campaign. 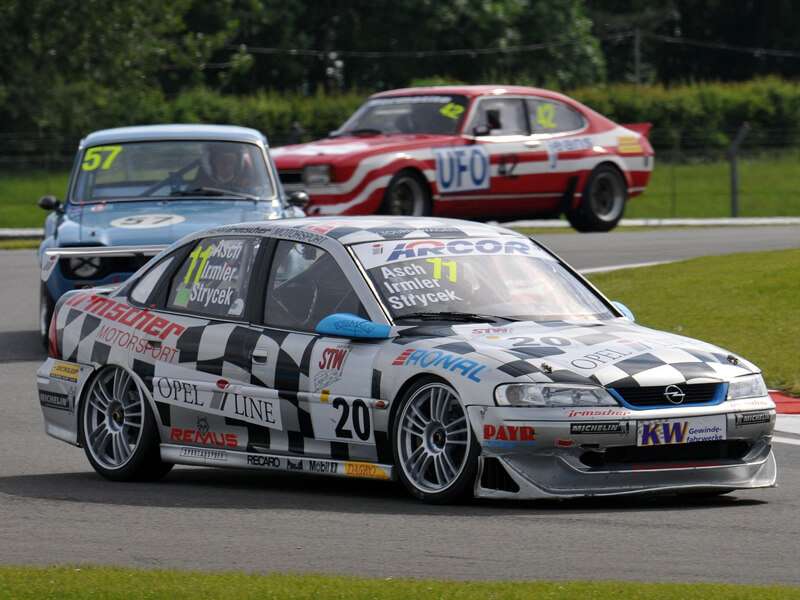 On Wednesday afternoon, Steffan Irmler and his loyal fellow travelers left the team base in Drebber in their direction towards Great Britain for the fourth time this year. This time their trip leads the (sea) route to the county of Cheshire in northwest England. The traditional HSCC Gold Cup on Oulton Park’s 4.32-kilometer circuit is all about the multi-aspected history of motorsport on the island. And so – not for the very first time – it comes to meet the british touring car racing legend John Cleland. The now 67-year-old controls like the 17 years younger Irmler an Opel Vectra after the two-liter Supertourer regulations. Fans of the Dunlop Saloon Car Cup are sure on both sides of the english channel: this will be the crowning match to conclude a compact season that includes four race dates only! 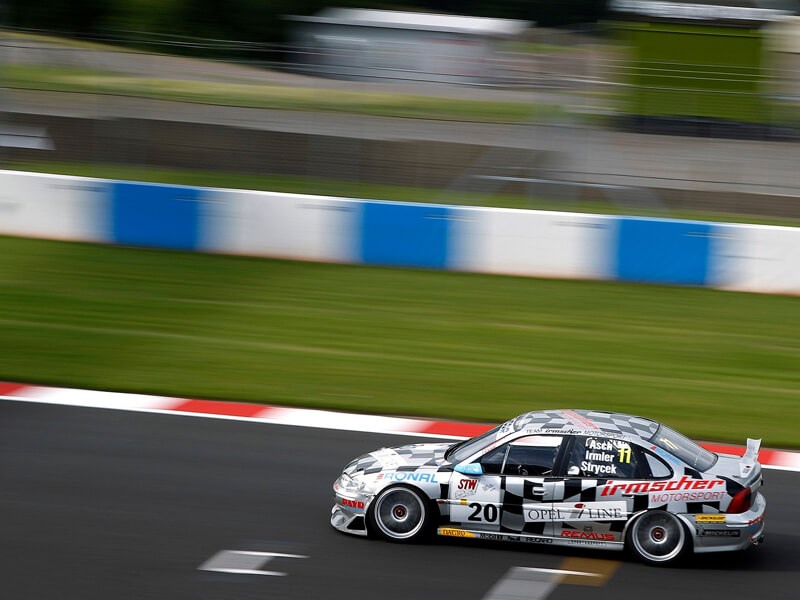 At no point in his England adventure did Steffan Irmler doubt the importance of the HSCC Gold Cup on the Oulton Park circuit: “I’ve always wanted to race there once in a lifetime,” he explains, adding, “Apparently The fourth and final race of the Dunlop Saloon Car Cup is superbly filled with a name that stands out: John Cleland.” Now aged 67, retired from professional motor racing nearly two decades ago, is one of the most prolific race drivers. In 1995, he secured himself the title, in the last official year of the Vauxhall Cavalier in the BTCC, the British Touring Car Championship. 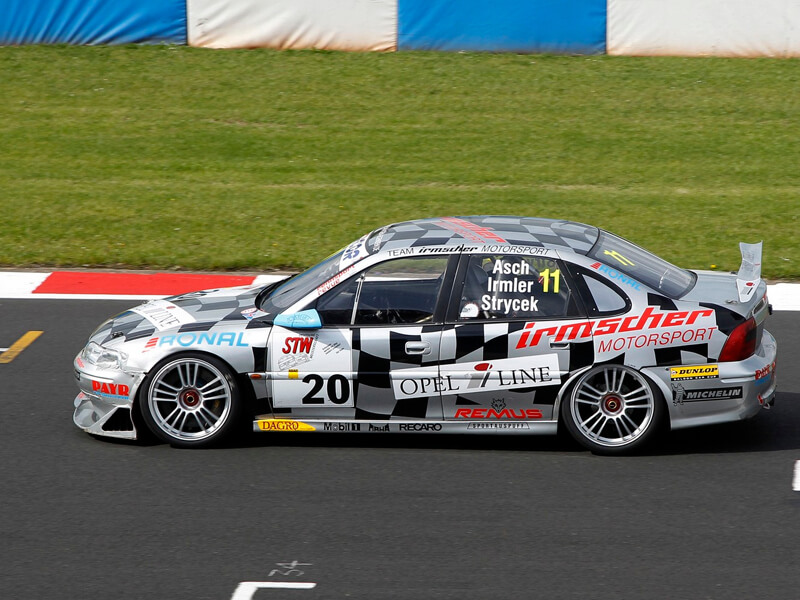 After the switch to the Vectra 1996, Cleland could no longer build on previous successes, the Scot became a Volvo representative and takes with his 1997 piloted original Vectra from the British touring cars Championship at the Dunlop Saloon Car Cup – at least sporadically. “Despite his prominence, John Cleland is a normal racing friend like you and me,” says Steffan Irmler, “when he’s in our tent, he’s happy to be just like a guy – that’s the special atmosphere in England – for us one of the reasons why we embarked on the risk of a complete season in 2019 – especially since we have raced together once before “. That has been last year in Silverstone, where in May 2019 began the ongoing deployment program as well. Between both events was a vehicle change. After a non-culpable racing accident at the Nürburgring, the Opel Astra STW had to be rebuilt and temporarily replaced by a 1998 Vectra STW for the Opel Team Irmscher. On the occasion of the Bremen Classic Motorshow on the first weekend in February 2019, Steffan Irmler and his team presented the new acquisition to the public. 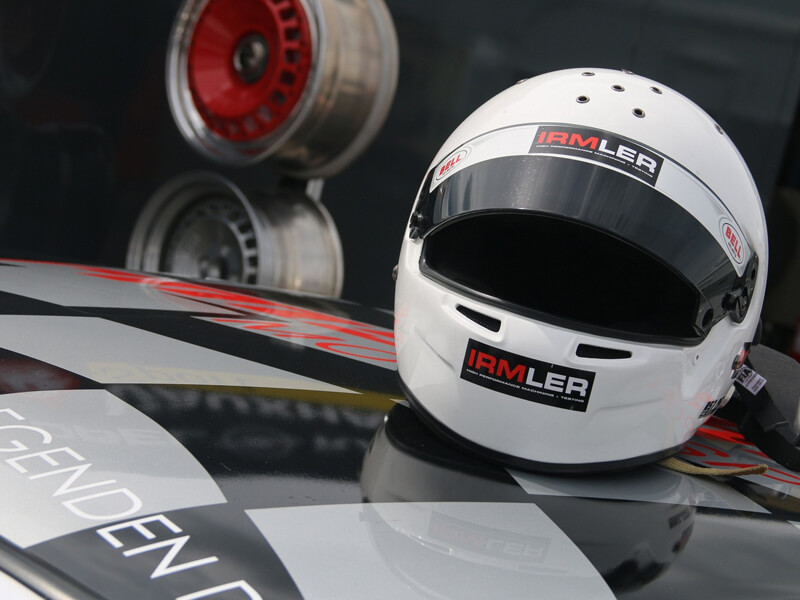 In retrospect, the two-liter super touring car turned out to be as fast as reliable. Best result so far: a podium result at the third british race event at Brands Hatch this year. At the weekend, a repeat of this success is likely to be a more difficult story, because: Once again, there are all the co-favorites, alongside John Cleland and Vauxhall brand colleagues like Tony Absolom and Darren Fielding. Over the course of the season, Steffan Irmler was on the same level as he was athletic, again and again presented the supertourer in formation flight. Before the trip to the county of Chesire only a few technical interventions were made, apart from adjustment work on the chassis. The body has undergone some cosmetic retouching – the hard but warm contact sport on the british island leaves its mark again and again. In order not to jeopardize the operating hours footprint of more than 300-hp-four-cylinder racing engine, Steffan Irmler gave up a home run with the domestic Touringcar legends on the first weekend of August at the Motorsport Arena Oschersleben. Instead, he ordered a break to the sensitive technology. “Only after our return from Oulton Park, we will decide whether we will still make a guest race in Germany. That depends on whether the technique also holds the fourth race in the UK. It would be nice early october at the Nurburgring in the season’s finale of the Touringcar Legends.” 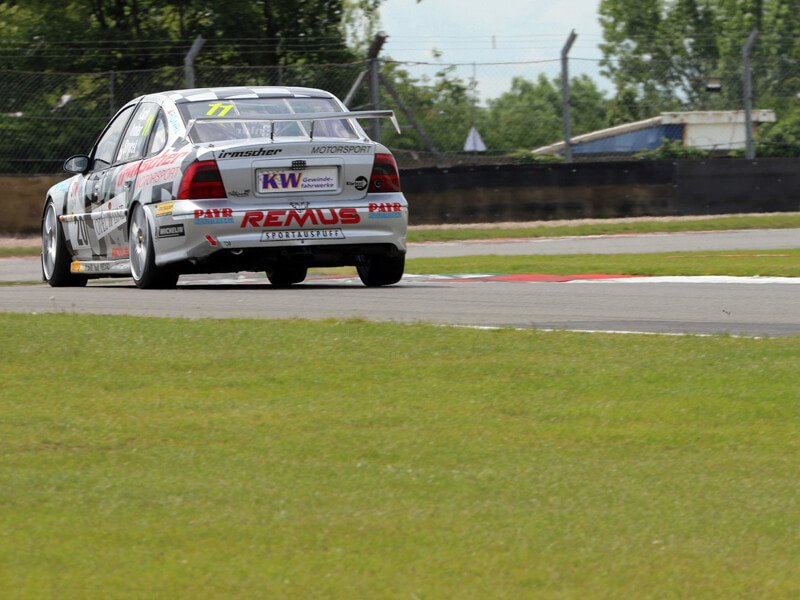 But before that, it’s still around on the 4.32-kilometer racetrack. Cleland, Absolom and Fielding once again take a home advantage, while Steffan Irmler had to gain local knowledge in distance learning. He watched video recordings to memorize all the curves and bends. “In the end, the enthusiasm for the sport on the island will bring me back the most,” he states his starting position before the fourth and final round of the Dunlop Saloon Car Cup in a realistic manner. “That still helped us.” He and his faithful helpers will be on the road for a whole week. The race will take place next Monday – it’s “Bank Holidays” on the british isle. Only on Wednesday of next week, the sporty adventurers from Lower Saxony will return to Drebber.